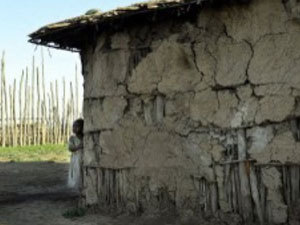 Campaigners against female circumcision scored a major victory Monday with the approval by a key U.N. committee of a resolution calling for a global ban on female genital mutilation.

The resolution, adopted by consensus by the U.N. General Assembly's human rights committee, calls the practice harmful and a serious threat to the psychological, sexual and reproductive health of women and girls.

It calls on the U.N.'s 193 member states to condemn the practice, known as FGM, and launch education campaigns for girls and boys, women and men, to eliminate it. It also urges all countries to enact and enforce legislation to prohibit FGM, to protect women and girls "from this form of violence," and to end impunity for violators.

With 110 sponsors, the resolution is virtually certain to be approved by the full General Assembly, which is expected to take it up in the second half of December. Although not legally binding, assembly resolutions reflect international concerns and carry moral and political weight.

Italy's U.N. Ambassador Cesare Maria Ragaglini, who has been working with African partners for a ban, called the resolution "a breakthrough in the international campaign to end the harmful practice of FGM."

"I think that together we can change the fate of many young girls around the world, and today this goal appears closer than ever," he said. "The resolution, in condemning the practice and promoting social and educational programs, is ... the beginning of a new journey."

The centuries-old practice stems from beliefs that FGM controls women's sexuality, enhances fertility, or is required by religious belief — although both Muslim and Christian leaders have spoken out against it.

The procedure involves the removal of a girl's clitoris and sometimes also other genital parts, usually in childhood or early adolescence. Critics say it can lead to painful sexual intercourse, complications in childbirth, and eliminates any pleasure for women during sex.

The U.N. said in 2010 that about 70 million girls and women had undergone the procedure, and the World Health Organization said about 6,000 girls were circumcised every day.

According to Amnesty International, FGM is commonplace in 28 countries in Africa as well as in Yemen, Iraq, Malaysia, Indonesia and among certain ethnic groups in South America, but it is also a worldwide concern because it is also practiced by immigrants in diaspora communities.

"FGM is an indictment of us all — that a girl or young woman can be held down and mutilated is a violation of her human rights and, shockingly, an estimated three million girls are at risk each year," he said.

Alvilda Jablonko, coordinator of the FGM program at the organization No Peace Without Justice, applauded the committee's action as "a landmark step in the international campaign to foster global leadership" in the campaign against the practice.