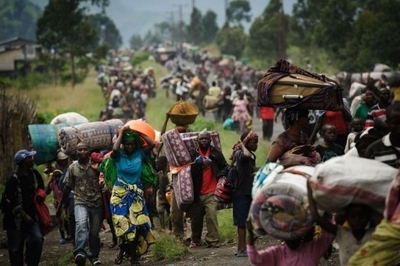 The M23 rebels in the Democratic Republic of Congo said Tuesday they would only withdraw from Goma if the government meets their demands, despite earlier announcing they would pull out of the key eastern city.

The M23 wants the government to dissolve the country's election commission and ensure freedom of movement for opposition leader Etienne Tshisekedi among other demands "before a pullout", political leader Jean-Marie Runiga told a press conference in Goma.

A senior rebel commander had told Agence France Presse earlier that the M23 would withdraw from the city which the rebels captured a week ago, "in order to start negotiations with the government".

Regional leaders had called at a weekend summit in the capital of neighboring Uganda for the rebels to quit the city by late Monday.