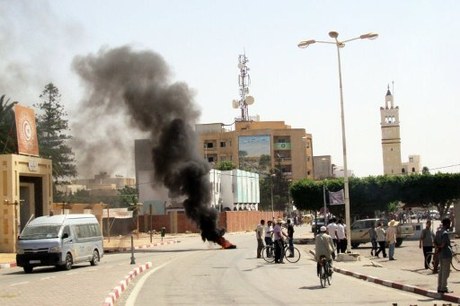 A strike by Tunisians protesting government neglect has degenerated into clashes with police that have left 14 people wounded.

Witnesses and the state news agency reported that residents of the central town of Siliana went on a general strike Tuesday and marched through the streets, demanding more government funds and development for their town.

Police fired tear gas after demonstrators threw stones at them. At least one person was transferred to a hospital in Tunis, the capital.

Tunisia's interior has always been poorer than its coastal regions. The economy of this North African nation has also suffered since Tunisia's dictator was overthrown in January 2011.