Medvedev Says Russia Has no 'Special' Ties with Assad 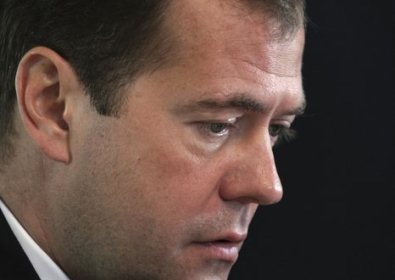 Russia only has a "working relationship" with Syrian leader Bashar Assad, Russian Prime Minister Dmitry Medvedev said on Tuesday, insisting that special ties were a thing of the past.

"There are no special or privileged relations with President Assad," Medvedev said during an official visit to France.

"Such relations, which existed between the Soviet Union and his father (late Syrian president Hafez Assad), no longer exist between our country and the current president," Medvedev said after talks with French Prime Minister Jean-Marc Ayrault.

"We have had, and have, good working relations" with Damascus, he added.

Medvedev had on the eve of his visit slammed as "unacceptable" the recognition and support by France and other states of the Syrian opposition battling Assad.

France was the first Western state to recognize the newly formed Syrian National Coalition as the sole representative of the Syrian people and was swiftly joined by Britain.

"From the point of view of international law, this is absolutely unacceptable," Medvedev had said.

On Tuesday, he claimed that Russia -- widely viewed as Syria's staunch ally -- was not partisan.

"It is not up to us to back any regime whatsoever," he said, adding that the task of the global community was to bring the two warring sides to the negotiating table.

Moscow has been sharply criticized abroad for not abandoning the Syrian regime.

Together with China, Russia has used its status as a veto-wielding permanent member of the United Nations Security Council to block a series of resolutions seeking to increase pressure on Assad to stand down.

Looking for an exit strategy saving their faces...

Too late now
You never learn from your mistakes..supporting aleader hated by at least 75% of its population.

You have supported Najibullah in Afghanistan or Mengistu in Ethiopia with lot of weapons, money and even military intervention ...and tell me what happened in the end??