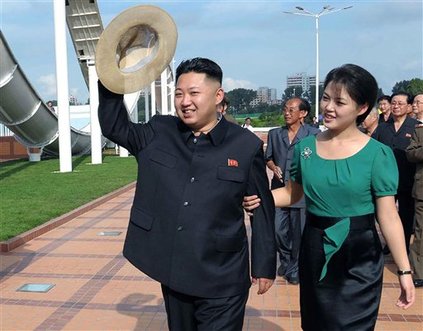 An annual vote on North Korea was passed by consensus for the first time, with not even close ally China voting against.

But a reduced majority passed a similar condemnation of Iran's human rights record at the U.N. General Assembly committee, which was also to vote on Syria's case.

The resolution on North Korea, prepared by European nations, slammed the "systematic, widespread and grave violations of civil, political, economic, social and cultural rights," in the tightly controlled Stalinist nation.

It highlighted the use of torture and prison camps and draconian restrictions on freedom of movement.

North Koreans can be executed for trying to flee the country, according to activists. And a U.N. special rapporteur on North Korea, former Indonesian foreign minister Marzuki Darusman, has estimated there are 150,000-200,000 people in North Korean prison camps.

A North Korean diplomat at the meeting, Kim Song, called the resolution "state political terrorism." He rejected all the allegations against his country.

China did not vote against but along with other allies such as Iran made it known that it opposed any resolution that concentrates on one country.

A similar condemnation of Iran was passed with 83 votes in favor, 31 against and 68 abstaining. Last year, 86 countries backed the resolution and 32 opposed it.

The resolution, again prepared by Western nations, hit out at torture and executions in Iran, "widespread" restrictions of freedom and "pervasive" violence against women.

Iran's U.N. ambassador Mohammad Khazaee said the resolution was unbalanced and contained 150 "unsubstantiated" allegations. China, Russia and Syria were among those who voted against.

All the resolutions passed by the General Assembly's Third Committee, which concentrates on human rights, are non-binding, but they are also the subject of fierce diplomatic lobbying.

The resolutions will go to a formal vote in the General Assembly in December where they should be easily passed.