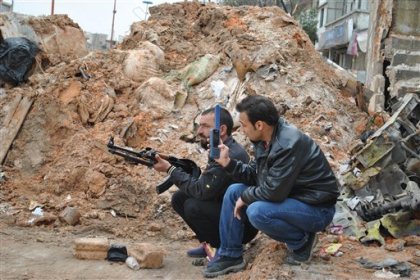 Unknown attackers fired at a U.N. convoy leaving Damascus airport for the second day in a row on Friday, a U.N. spokesman said.

No injuries were report from the latest attack, U.N. spokesman Farhan Haq told reporters. On Thursday, four Austrian troops in the U.N. Disengagement Observer Force (UNDOF) for the Golan Heights were wounded when a convoy heading for the airport was attacked.

"A convoy of 13 armored U.N. vehicles received fire earlier today while en route from Damascus international airport," Haq said. "Small arms fire is believed to have hit most convoy vehicles, but there have been no injuries reported."

The latest convoy was also from UNDOF which patrols a demilitarized zone in the Golan Heights between Syrian and Israeli forces.