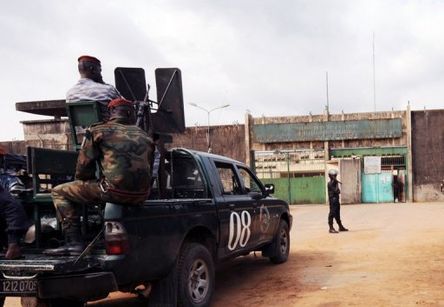 The authorities in Ivory Coast have resorted to torture and arbitrary detentions in recent months following a wave of attacks against government targets, a senior U.N. official said here Saturday.

He was answering questions on a number of recent reports by rights groups alleging that the regime of President Alassane Ouattara had committed a raft of abuses this year.

A spate of deadly attacks blamed on forces loyal to Ouattara's predecessor, who lost an election in 2010 but only left power months later after a bloody conflict, was met with a ham-fisted security response by the government.

"I can't be sure about numbers, but we have proven cases of such violations of human rights," Simonovic said.

"I didn't read about torture only in the reports, I have met torture victims myself, so I can confirm that torture was taking place," he said. "It's important that this issue is adequately addressed."

The government initially denied any wrongdoing but on November 19 admitted there may have been "slip-ups".

In October, Amnesty International said more than 200 people, including Gbagbo supporters, had been arbitrarily detained in Ivory Coast, and urged Ouattara to respect human rights.

"The abuses included arbitrary arrests, illegal detentions, extortions, inhuman treatment, and, in some cases, torture," the rights organization said in a statement.