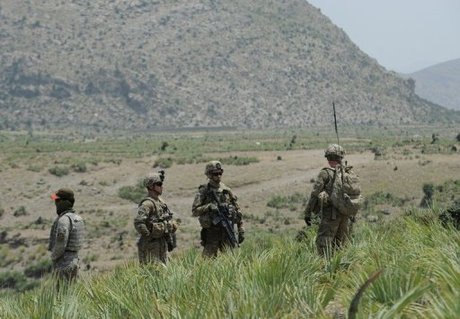 At least five people, including two women, were killed when a bomb targeting an army vehicle exploded in southern Afghanistan on Monday, officials said.

The remote-controlled bomb was placed on a motorcycle and hit an Afghan army patrol truck as it was passing in Trin Kot the capital of Uruzgan province.

The Uruzgan governor's spokesman, Abdullah Hemat, said two women were among those killed.

The blast also wounded eight others, including two soldiers, he said.

No one has claimed responsibility for the attack, but in the past such attacks have been claimed by the Taliban, who are waging an 11-year old insurgency to topple the U.S.-backed government of President Hamid Karzai.

The attack in Uruzgan comes a day after Taliban suicide attackers struck at a NATO base on an Afghan city airport, killing five people and wounding several foreign troops.