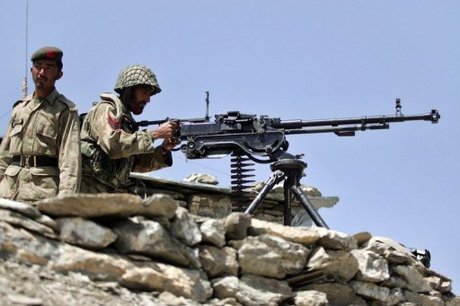 "Two suicide bombers in an explosive-laden car tried to target Zarai Noor Camp. The soldiers spotted the car 100 meters from the camp. Both bombers were blown up in the car and two soldiers were also martyred," the official said.

The district administration chief said the car smashed into a barrier at the camp.

"Two suicide bombers hit the barrier with their vehicle at the main gate of the camp. The gate and a small hospital inside the camp were damaged in the attack," Shahid Ullah told Agence France Presse.

South Waziristan is a stronghold of Pakistani warlord Mullah Nazir, who sends men into Afghanistan to fight U.S. and NATO troops. He was wounded in a suicide attack in Wana on November 29, according to officials.