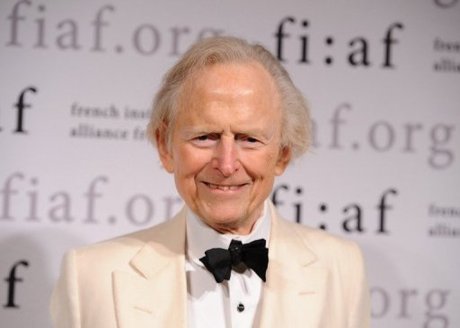 Paris-based Huston claimed the dubious honour with her book "Infrared", becoming only the third female winner of the prize.

The 59-year-old did not attend the ceremony at London's In And Out Club, but sent an acceptance message.

"I hope this prize will incite thousands of British women to take close-up photos of their lovers' bodies in all states of array and disarray," she said.

Others on the shortlist included Paul Mason, who offended judges by comparing his lustful hero to "a forlorn circus rider" in debut novel "Rare Earth", and Nicola Barker for describing a lover in her novel "The Yips" as a "hungry finch" in an orchard.

"The purpose of the prize is to draw attention to the crude, badly written, often perfunctory use of redundant passages of sexual description in the modern novel, and to discourage it," said the Literary Review magazine, which runs the award.

"Literary Review is proud to continue its gentle chastisement of the worst excesses of the literary novel."

Octogenarian U.S. author Tom Wolfe was up for the prize for a second time with "Back to Blood", a tale of race and sex in Miami.

It is also not the first time that Nicholas Coleridge and Craig Raine -- shortlisted for "The Adventuress" and "The Divine Comedy" respectively -- have found themselves in the running.

The other books on the shortlist were "Noughties" by Ben Masters and "The Quiddity of Will Self" by Sam Mills.

The judges said they had given lengthy consideration to the first adult novel by Harry Potter author J.K. Rowling, "The Casual Vacancy", but eventually decided "the book's sins were venal compared with the competition".

Former Literary Review editor Auberon Waugh, son of the late novelist Evelyn Waugh, founded the prize in 1993 because he believed authors were encouraged to write sex scenes by their publishers to boost book sales.

This is not offbeat! this is probably more vital than your news about who killed who! Frustration man.. Frustration