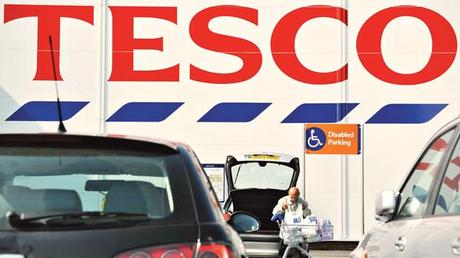 "It's likely, but not certain, that our presence in America will come to an end," Clarke told reporters, as Tesco said it was launching a strategic review of Fresh & Easy, which may lead to a sale of the business.

Tesco added in a statement that Fresh & Easy chief executive Tim Mason was leaving the company with immediate effect after 30 years with the British group.

"Whilst the (U.S.) business has many positives, its journey to scale and acceptable returns will take too long relative to other opportunities," Clarke said in the statement.

"I have therefore decided to conduct a strategic review of Fresh & Easy, with all options under consideration."

Tesco, the world's third-biggest retailer, said it had received "a number of approaches" from parties interested in acquiring some or all of Fresh & Easy, or in partnering the company to develop the U.S. business.

Clarke added: "Tim Mason, who leaves Tesco today, has played an important part in our success over a 30-year career with the company, and he leaves with my thanks and good wishes."

Launched in 2007 by former Tesco chief executive Terry Leahy, Fresh & Easy has failed to turn a profit despite investment of about £1.0 billion ($1.6 billion, 1.2 billion euros).

It added that revenues from its stores in Britain open more than a year, and excluding income from value added tax and petrol sales, fell 0.6 percent in the three months to November 24.

Tesco has struggled in the face of Britain's recent recession, with many cash-strapped customers flocking to rival supermarkets such as Asda, Sainsbury's and budget chains Aldi and Lidl in search of cheaper products.

Tesco shares rose 2.56 percent to stand at 335 pence following Wednesday's announcements and in morning deals on London's benchmark FTSE 100 index, which was up 0.24 percent at 5,883.10 points.

"The move to review its U.S. operations is a big win for shareholders, who have been largely disappointed by the retailer's inability to turn the business around quickly enough from loss making," said Joshua Raymond, analyst at City Index trading group.

Tesco is the world's third-largest retailer after leader U.S.-based Wal-Mart and France's Carrefour.