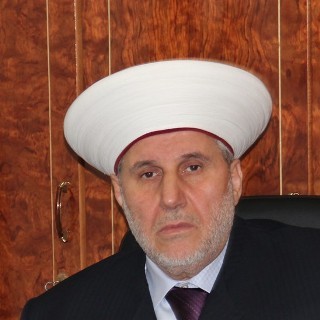 The Mufti of Tripoli and the North Sheikh Malek al-Shaar announced on Wednesday that he will not be returning to Lebanon from a trip to Europe after he has allegedly received death threats.

Radio Voice of Lebanon (93.3) said that the northern Mufti has been advised to stay abroad, in fear of an assassination attempt against him.

"I am not coming back until issues are cleared up in Lebanon,” al-Shaar told VDL.

VDL said al-Shaar was attending a conference in Vienna and then left for Paris where he will reside until his return.

This news comes after clashes erupted in his city, Tripoli, between Bab al-Tabbaneh and Jabal Mohsen leading to the death of seven people.

The clashes broke out over the weekend in wake of the announcement of the death of a number of Lebanese Islamist fighters, who mainly hail from the North, in the border region of Tall Kalakh in Syria on Friday.

Media outlets had conflicting information about the number of people who died and those who survived the attack.

While the Syrian Observatory for Human Rights reported that a group of 30 rebels "were caught in an ambush by government troops in the area of Tall Sarin near the town of Tall Kalakh”, Voice of Lebanon radio (100.5) said the ambush left 20 Lebanese men dead, adding that they hail from Akkar's Fnaideq and Tripoli's Bab al-Tabbaneh and al-Mankoubin neighborhoods.

This whole situation just needs a spark that will cause the whole situation to spiral to disaster. Allah yse3id Lebanon and the Lebanese. We have gone through enough wars that divide the people. Its time to put all weapons aside and build our country. Unfortunatly we are full of blind and deaf people (on both sides). Slaves. Nothing more. Nothing less. 2oolo Allah ya jame3a.

do you have any proof that this guy "sending youths to their death and promising them heaven in martyrdom "?
Please share it!

Nasralla is the one sending fighters, he has even admitted it!

Paris? He should move to Saudi

What the hell are you talking about mowaten? what is wrong with your brain? The Mufti Sheikh Malek al-Shaar is a very good man who cares about Lebanon and encourages peace...stop your venomous accusations for a change...

And your sadness is coming from damascus. Again it is all sectarian and you are but a mere racist anti suni nazi. Yes you will wake up to the reality that sunis are the majority in the region and they are getting armed, the days of militia Ha hegemony are ending, get real and make peace.

Mowaten. It is not only the salafists that are pissed with HA. The moderate sunni is also pissed. He's not picking up a gun and fighting HA. But that doesn't mean the only people pissed at HA are the salafists and because they think shia are takfiris. And as long as HA infringes on the sunni as they have done. The sooner they will pick up guns. And when that happens my friend. Things do not look good for either side. Especially the shia in levant. No matter how much they arm. I mean really. Look at assad. A minority will have a hell of a time holding back a majority. O let's not rush to war and think it will be a walk in the park for HA. On the contrary. It will be their doom. (HA not the shia.)

Happines comes when the enemy within is elminated. M14 + M8 = same crap

Please be fair and look at the record of assasinations.

Am I right that Sunnis in Lebanon are represented by Sunni leaders who side with Christians in their privileged position under the Taif Accord, rather than with the disenfranchised Muslim majority (given the population is one quarter Christian, one quarter Sunni, and one half Shiite)? Hariri certainly seems to be a hired spokesperson for the king of Saudi Arabia, who is not famous as an advocate of democracy. But to side with Christians against fellow Muslims in an obviously unjust civil arrangement: you don't need to consult the Qor'an to suggest that that's insupportable theologically.

Did you consult the quran or iran when you killed hariri and wesam 7assan? Did you consult the quran and imam hussein teachings when you sent fighters to aid the butcher of damascus against the poor oppressed syrians?? Wat quran are u talking about? Your bashar will die and so will your arrogance and you will wake up to see yourself surrounded with the enemies you made in syria.

Chrisruslau, if shiites are Muslims, then why do you say Ya Ali, Ya Hussein, Ya Mahdi, Ya Zahra when the quran clearly states that is shirk and a mushrik can NOT be a Muslim? Do you consult the quran EVER? Of course you dont, only when you are trying to proove a point to a Muslim, then all of a sudden you use the quran. Secondly, you are wrong about statistics. Shiites in lebanon are today about 40%, Muslims about 25 %, Christians about 25 % and druze about 5% with the remaining 5% given to minorites and a couple % more or less for the religions i mentioned above. Thirdly, how can you talk about who Muslims side with when shiites themselves have sided with christians? Have you forgotten that shiites are allied with FPM (Aoun) and Marada (Franjieh) and the ssnp which is a majority christian party?

realist, shiites dont know much about husseins (RA) teachings. His teachings was that of the sahaba (RA), like that of his father (RA) and logicly the teachings of his grandfather prophet Mohammad(SAW). What shiites have on the other hand is lies made up by Abdallah bin saba la3nat Allah 3ale who was the person who founded shiaism, and they have the lies of zoroastrism, and lies of their ayatollahs, they call it the teachings of Ali (RA) and Hussein (RA) and Ahlulbayt (RA) when in reality its the teachings of satan.

pizza, the Shia are %100 true Muslims and "takfir" others just because there are some very minor differences is also haram...Shia and Sunnis are both Muslims...

Flamethrower, that is not enough to be a Muslim. Believing in the quran means to believe in it as it is, not to change the verses to suit the belief of shiaism. On paper, the shia "believe" in the quran, but not in reality as they claim matam (beating oneself) is allowed due to a verse about prophet jacob (AS) or deny that the prophets (SAW) wifes (RA) were ahlulbayt even though they are specifcly referred to as ahlulbayt in the Quran just to give you some examples of how claiming to believe in the quran in order to "fit in" in muslim societies is not the same as actually believing in it.

A muslim believes in la ilaha illa allah, which include believing there is nobody like God and that we cant invoke anyone other than him etc, yet shiites break this rule by referring to their 12 imams as infallible (giving them qualities that only God has) and by invoking them. Moreover, a Muslim believes in Muhammad rasoul allah, which includes believing that Muhammad (SAW) was the final prophet, yet again shiites play around and claim that after prophethood, God sent imamah which is like prophethood but with a diffirent name! All of this is kufur, shirk and nifaq according to Islam. So no, shiites are not muslims according to Islam and God's words in the quran. It is not about radical teachings, its about the fundemantals of what islam is.

Most Muslims arent aware of the beliefs of shiites, they think the biggest diffirence is that shiites hate the sahaba (RA) when in reality thats one of the smallest diffirences. Islam is what exists in the Quran and the quran refutes the beliefs in shiaism and condemns it.

To Muslims who are confused about shiites, just enter this following site and enter the articles section and read those articles from every subject listed and see for yourself. Its a back up site of the famous ahlelbayt website which was dedicated to exposing shiaism by regular Muslims (not salafis or any extremists).

Go ahead and learn:

allouchi, how on earth can you claim that shiites are true muslims, or muslim whatsoever? The number one rule in Islam is to not to invoke anyone other than God yet shiites do this regularly, that alone takes them out of Islam. Making takfir for no reason is haram, but when the reason is about fundementals such as making shirk, then it is obligatory to call the spade a spade. To refer to mushrikeen as Muslims or to claim shirk is allowed in Islam is as much haram as to make takfir on actual muslims, which shias arent for various reasons. If you think its minor diffirences, then im sorry to tell you that you either arent aware of the diffirences which are huge, or you arent aware of what islam stands for and thus you cant see how huge those diffirences are.

he is fleeing to EUROPE? a symbol of islamism? why not to Saudi? he likes foie gras?
And why would he receive death threats? is he inciting young sunnites in his mosks to fight syria?

Once in Europe (maybe Cyprus since its close to Lebanon) he's free to roam anywhere in the free world. He can go the Jeddah or to Paris via Shanghai and Honolulu. I think he made the right call.

Wesam 7assan recieved death threats from aoun and charl ayoub, not to mention the incitement in ur media outlets 24/7.The day is coming when people will start shooting back at you, nd the day that you find fundamentalists at your doors is close, thanks to your arrogance, terrorism and idiocy

mowaten you know, you probably make 400 dollars a month in lebanon eating labneh and zaatar everyday because you can't afford more than that, and you do not even think about the future of your kids one day because you know you can't even afford them. But yet, you keep supporting your terrorists and aoun who screwed up your country to start with. It is people like you who are born and will die without the world noticing them. you are just a pitiful follower for your useless leaders. You should start looking for leaders that can build your economy rather than counting on Aoun and Bashar and Nasrallah to build you the best country in the world.

strange isn t it? no need to ask where they come from....

Yallah Iranian Farsi BSTHrower and aliases (aka Motormouth/Assisntance......soon this disease called Iran will be wiped out and with, your kind! No room on this planet for extremist terrorists!

dont be so sad mufti al-shaar,u will enjoy saado in paris,and for the people who enjoy his absence, just wait to see the replacement...an assir traboulsi, poor lebanese army.

the role of moderate sunnis is finished in lebanon.
saado and his likes are good for paris,point final.

You idiots, few years ago they have assassinated Mufti Beirut, was he a terrorist too? Anyone speaking fairly and true Lebanese or not licking the Syrian' boots gets eliminated. It is a crystal clear who are the assassins. Unfortunately Israel has become a secondary evil with the presence of the cancerous lethal weapon.