Sudan Drone Down in Khartoum Area 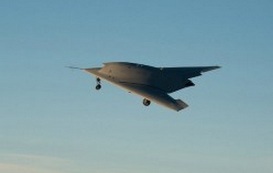 A Sudanese military drone went down on Wednesday in Khartoum's twin city of Omdurman, the official SUNA news agency said, but there was no apparent damage or casualties on the ground.

"A pilotless military plane has gone down" inside Omdurman, a heavily-populated area, SUNA said in a brief SMS alert which gave no further details.

Witnesses told an AFP reporter that the aircraft, about five meters (yards) long, came down in an open area of the city, far from any homes.

"The plane lay on the ground and then a number of SAF (Sudanese Armed Forces) with trucks came to the area and took it," said one witness who asked not to be identified.

In an April report, the Small Arms Survey, a Swiss-based independent research project, showed photographs of what it described as an Iranian-made Ababil-3 UAV (unmanned aerial vehicle) that was reportedly shot down by rebels in South Kordofan state.

"SAF has employed similar UAVs over Darfur for reconnaissance," the report said, referring to the Sudanese Armed Forces which have been battling rebels in the far-west Darfur region for nine years.

One of the UAVs crashed in 2008 while flying over a rebel-controlled area of Darfur, Small Arms Survey said, citing the United Nations.