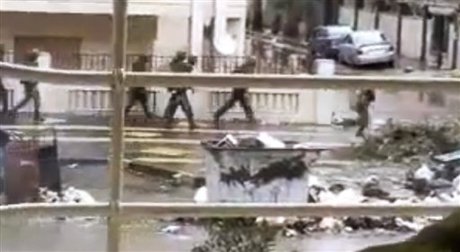 The deputy governor of the northern Syrian province of Raqa and several aides resigned on Wednesday to protest the security forces' interference in their work, a monitoring group and an activist said.

"They resigned in protest over interference in their work by the security forces, and also to denounce the diversion of basic commodities from Raqa to other provinces, including flour and fuel," an anti-regime activist told AFP via the Internet.

The Syrian Observatory for Human Rights confirmed the report.

"The deputy governor, Ali Haddad, and members of his executive bureau have resigned," said the Observatory, which listed the names of eight officials who left their posts.

Tens of thousands of Syrians forced to flee their homes in flashpoint areas of the strife-torn country have sought shelter in Raqa, which borders Turkey.

"The humanitarian situation here is very bad. Bread now costs $2 (1.53 euros), if you can find bread at all," said the activist, who identified himself as Thaer. On Wednesday, "the air force bombarded eight areas of the province."

A peace protest against President Bashar Assad that broke out in March last year turned into an armed insurgency after a brutal crackdown by the regime.

One by one....step by step. The regime is crumbling. The Hezz will be on the losing side of this war. What propaganda spin will they put on it? We only had advisors there???

Unless a miracle happens i.e handing in the suspects of hariri murder, giving weapons to the state, the suni-she3i war is unfortunately a mathematical certainty. We will have jihadis coming to lebanon from Syria in 2013, matter of time. The only way to avert this nightmare is to fortify the internal lebanese scene i.e a grand musala7a between sunis and she3as based on the miracle above, realisticaly ...red lines have been long crosses and the war is coming.