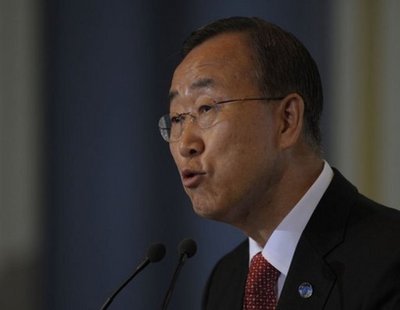 U.N. Secretary General Ban Ki-moon on Wednesday called on all warring parties in Syria to stop fighting immediately, saying there is no military solution to the conflict.

"This is totally an unacceptable situation. We cannot let the situation continue this way," Ban said.

Ban also said that all problems should be resolved "through a political process."