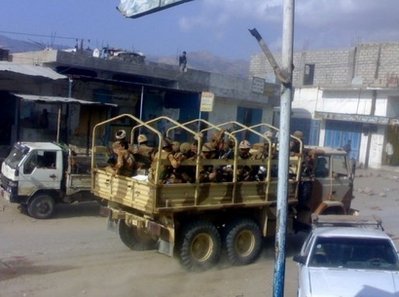 Yemeni guards foiled an attempted prison break by 25 al-Qaida convicts on Friday, some of them some considered as high risk, a security official said.

"The guards from Aden central prison foiled an escape attempt with the discovery of an eight meter (yard) long tunnel dug by the 25 detainees," the official told AFP.

"Another two meters and the tunnel would have reached a market near the prison" in the Mansura district of Yemen's main southern city, he added.

The detainees included "some dangerous elements who were to be transferred to Sanaa," the official said.

Aden prison houses many suspected or convicted members of al-Qaida which has been particularly active in the south and southeast of Yemen.

In December last year, 12 al-Qaida prisoners escaped from the jail, just months after 60 escaped from a prison in the port of Mukalla, killing a guard.

In June this year, five al-Qaida prisoners broke out of a jail in Hodeida on the Red Sea coast.