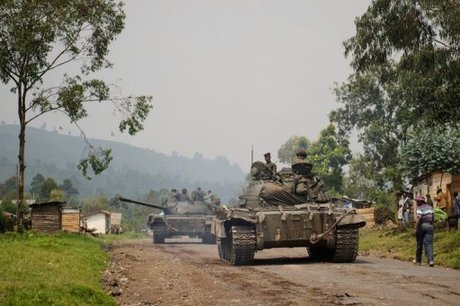 A probe by members of a U.N. mission confirmed allegations of rape and other abuses by Democratic Republic of Congo troops as they pulled back from advancing rebels, an official said Friday.

The investigation followed claims that dozens of women were raped by government forces in the town of Minova in eastern DR Congo last month.

The Armed Forces of the DR Congo, known as the FARDC, already face criticism for quickly collapsing as rebels from the M23 group -- which has also been accused of widespread abuses -- advanced in the region.

U.N. officials "cannot confirm the reported figure of 72 rapes, but is on the ground conducting further investigation," del Buey said, adding that the mission "expressed serious concern to the Congolese authorities."

The United Nations said on Wednesday that U.N. investigators had reported about 70 rapes in the Minova area, but did not say who committed them.

Minova is near the North Kivu provincial capital of Goma, and the army withdrew from Minova after losing Goma to the M23.

Rights groups and others reported widespread looting and attacks on civilians when government forces occupied the town for three days in late November.

The M23, a group Rwanda allegedly supports, launched an uprising in April. Last month the rebels ended a relative calm and routed government troops as they took Goma, before withdrawing under an East African brokered ceasefire.

U.N. officials in the DR Congo have also "been able to confirm several serious human rights violations including killing and wounding of civilians and looting committed by M23 in Goma and surrounding areas," said del Buey.

"Investigations into these allegations are ongoing," he said.

Tensions remain high in the war-blighted region, and both government soldiers and rebels have been accused of civilian killings, rape and looting during the unrest.