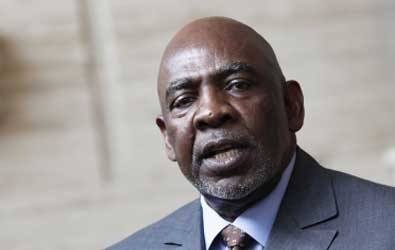 The U.N. Security Council on Tuesday condemned the arrest of Mali's prime minister by the armed forces and renewed a threat to impose sanctions on those who threaten the country's "constitutional order."

U.N. leader Ban Ki-moon is also "troubled" by the new turmoil in the African nation, where Islamist militants and rebels have taken over half the country, his spokesman said.

"The members of the Security Council condemn the arrest, on December 10, 2012, of the prime minister of Mali, Mr Cheick Modibo Diarra, by members of the Malian Armed Forces," said a council statement.

The 15-nation body said the action contravenes repeated U.N. calls for the Malian military to stop interfering in the west African nation's transition.

"The members of the Security Council express their readiness to consider appropriate measures, including targeted sanctions, against those who prevent the restoration of the constitutional order and take actions that undermine stability in Mali," added the statement.

Islamists and rebels took over the northern half of Mali in March, taking advantage of a military coup in Bamako. Despite the appointment of an interim government the army has been accused of continually holding on to power.

Cheick Modibo Diarra quit Tuesday under pressure from the coup leaders, who oppose a foreign-aided military intervention to drive out Islamists.

The U.N. council stressed its "commitment to authorizing as soon as possible the deployment of an African-led international support mission in Mali."

France is drawing up a resolution giving a mandate to an international force. But negotiations have been prolonged by United States opposition to sending just an African-led force to Mali.

U.N. spokesman Martin Nesirky said UN leader Ban Ki-moon was also "troubled by what happened in Mali." The spokesman said the arrest "underscores the need for political stability" in the country.