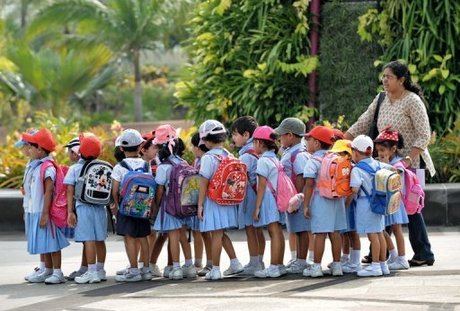 Pupils in smaller, prosperous nations and territories in East Asia lead the world in math, science and literacy, according to a set of global studies released Tuesday in the United States.

Singapore, South Korea, Hong Kong, Taiwan and Japan were the top performers in both fourth- and eighth-grade mathematics in the Trends in International Mathematics and Science Study (TIMSS).

"At the eighth grade, clearly the East Asian countries ... are pulling away from the rest of the world by a considerable margin," the report said in its executive summary.

In science, Singapore and South Korea held the top two tiers at both grades, indicated the studies, which are conducted every four years since 1995 by the International Association for the Evaluation of Education Achievement (IEA).

Worldwide, out of 45 participating countries, only 12 nations had average achievement below the PIRLS centerpoint of 500, the study observed, and in nearly all countries girls scored better at reading than boys.

Students in the United States surpassed the international average, but lagged behind their East Asian and, in some cases, European counterparts.

The IEA, which conducts its research out of Boston University, posted the studies on its website: timssandpirls.bc.edu.