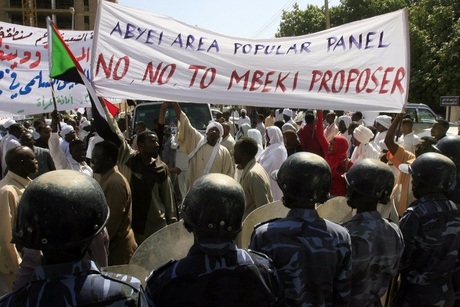 Sudanese authorities have used excessive force against Darfuri students protesting for their rights, the U.S. government's senior adviser for Darfur said on Wednesday.

"We've also been very unhappy about the excessive force used against Darfuri students demonstrating for their rights under the agreement," Ambassador Dane Smith told reporters, referring to a 2011 peace agreement signed between Khartoum and an alliance of Darfur rebel splinter factions.

Protests, sometimes involving hundreds of people, have occurred since Saturday outside Khartoum universities and elsewhere in support of four dead youths who were originally from the conflict-plagued Darfur region.

Their deaths, following a crackdown on a tuition protest at Gezira University south of Khartoum, have sparked the largest outpouring of Arab Spring-style discontent since anti-regime protests in June and July.

Smith was speaking during his final visit to Sudan, at the end of his two-year appointment.