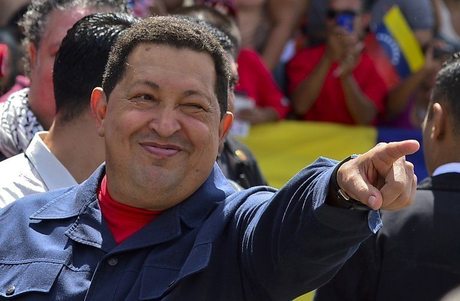 Venezuelan President Hugo Chavez was recovering in a Cuban hospital Wednesday following six hours of surgery to treat a cancerous lesion in an operation his vice president said ended "successfully."

Chavez would soon begin a "post-operative phase" that would last several days, Vice President Nicolas Maduro, who has promised regular updates, said in a late Tuesday address to the nation in Caracas.

Chavez, 58, flew to Havana for surgery on Monday after revealing that his cancer had returned just two months after his triumphant re-election to a new six-year term that begins on January 10.

The president was first diagnosed with the disease in June 2011. After three rounds of surgery, in addition to chemotherapy and radiation, Chavez had assured Venezuelans earlier this year that he was cancer-free.

Tuesday's operation "ended correctly and successfully," Maduro, to whom Chavez delegated power before flying to Havana, told Venezuelans. "In these coming hours, we will be very attentive."

The vice president described the procedure as a "corrective surgery of a lesion" that occurred in the pelvic region, but did not elaborate.

The type, location and severity of Chavez's cancer have been kept secret over the past 18 months, fueling rumors and uncertainty in Venezuela.

There was no news on when Chavez would return to Venezuela.

Chavez supporters held several Catholic masses and candlelight vigils across the country, praying for their leader to overcome the cancer that has haunted his rule for the past year and a half.

Without formally handing over the presidency, Chavez said he was delegating the country's "high political command" to Maduro, 50, while he was gone, and said the vice president would succeed him if he became incapacitated.

Under Venezuela's constitution, elections must be held within 30 days if the president dies or is incapacitated.

Ecuador's Correa, a firebrand leftist economist who could succeed Chavez as leader of the Latin American left, on Monday flew to the Venezuelan's side in Havana where he found him in "great spirits" before the operation.

"He gives us all strength," Correa said on Twitter.

Correa said he had also visited Cuban President Raul Castro and his predecessor Fidel Castro during his day-long stay in the Cuban capital.

With Cuba's backing, Chavez has taken the lead in forming a bloc of leftist Latin American governments that oppose U.S. policies in the region, and has cultivated friendly relations with Washington adversaries like Iran.

Members of the group include Bolivia, Cuba, Ecuador and Nicaragua -- all of which receive substantial aid from oil-rich Venezuela.

Chavez is believed to be receiving treatment at the same Havana hospital where Fidel Castro has been cared for, which is seen as the communist country's best facility for complicated medical conditions.

Chavez's cancer operation came against the backdrop of frantic campaigning for regional elections set for Sunday.

Chavez supporters are expected to win in most of Venezuela's 23 states, but all eyes will be on the governors race for the populous state of Miranda, where Caracas is located.