Fossil Find Challenges Tree of Life as We Know it 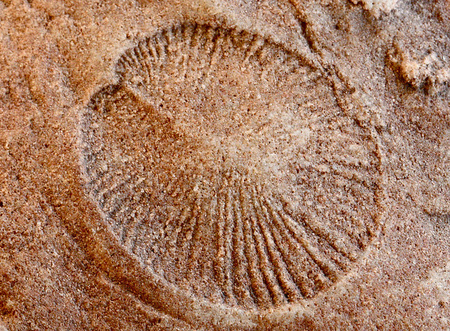 Organisms long thought to have been the ancestors of early marine creatures may in fact have lived on land, said a fossil study Wednesday that may prompt an overhaul of the tree of animal life.

If correct, the finding could challenge the commonly held theory that life had thrived in the oceans for hundreds of millions of years before spreading to land.

The fossils, dubbed Ediacaran and dated to 542-635 million years ago, were unearthed in south Australia in 1946, and were long thought to have been the remains of jellyfish, worms and flowery seafloor-dwelling creatures known as sea pens.

Now a geological scientist from the University of Oregon, using state-of-the-art chemical and microscopic analysis techniques, has concluded the fossils more likely belonged to land-dwelling organisms and were not animals at all.

They may have been lichen -- a composite of a fungus and an algae or bacteria -- or colonies of micro-organisms.

"The discovery has implications for the tree of life because it removes Ediacaran fossils from the ancestry of animals," said Gregory Retallack, author of the study published in the journal Nature.

The fossils represent "an independent evolutionary radiation of life on land that preceded by at least 20 million years the Cambrian evolutionary explosion of animals in the sea," he wrote.

Retallack added this did not mean that all Ediacaran fossils everywhere were terrestrial.

If his theory is correct, it would indicate that some organisms mastered the transition from marine to non-marine life much earlier than currently thought, Paul Knauth of Arizona State University's School of Earth and Space Exploration wrote in a comment on the report.

It may even "support the possibility that the transition went the other way".

In a separate comment, Shuhai Xiao of the Virginia Tech department of geosciences called the proposition dubious, and stressed it "would represent a fundamental change in our picture of evolution".

"The evidence is unconvincing," Xiao wrote.