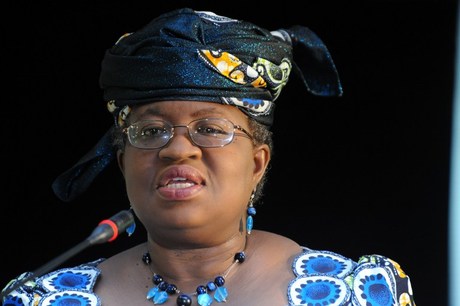 The elderly mother of Nigeria's finance minister was on Friday freed from kidnappers after being abducted from her home in the country's south last weekend in a crime that shocked the country, police said.

Details of the release were unclear and there was no indication of whether a ransom was paid to free the 82-year-old Kamene Okonjo, whose daughter Ngozi Okonjo-Iweala is a high-profile minister and ex-World Bank managing director.

"She has been freed," police spokesman Frank Mba told Agence France Presse. "She is in good health." He declined to provide further details other than to say that she was freed earlier Friday.

The minister's spokesman issued a statement confirming the release, but also without providing further details.

One local television station reported that the mother had been dropped off from a motorcycle on Friday morning, but the information could not be immediately confirmed.

Kamene Okonjo was abducted Sunday at her home in Delta state in the country's Niger Delta region, where ransom kidnappings occur regularly.

Local media reported that a gang of gunmen went to the house -- locally called a "palace" due to her husband's position as a traditional ruler in the area -- in broad daylight in the afternoon.

When Kamene Okonjo, a professor, went outside to offer drinks to laborers carrying out work around the front gate, the gunmen emerged from hiding and seized her.

Some reports said one of the suspects went inside to steal her handbag. The victim's husband was said to have been away.

On Wednesday, authorities said two police officers who were not at their assigned posts at the home at the time of the kidnapping were being investigated for misconduct.

The motive however remained unclear, with the finance ministry having earlier spoken vaguely of threats made to the minister.

Okonjo-Iweala, who was also a candidate to head the World Bank earlier this year, has pushed to clean up corruption in one of the world's most graft-ridden nations, particularly related to a fuel subsidy program.

The minister has been in a highly publicized struggle with fuel importers over payment of subsidies, with government officials delaying payments to allow for verification of claims.

The probe detailed what has long been suspected in Nigeria, describing a lack of accounting, overpayments, willful disregard for regulations and outright incompetence in managing the program.

However, ransom kidnappings are also a lucrative business in Nigeria's south, though such high-profile victims are rare.

Gangs have frequently sought expatriates working in the oil-producing Niger Delta for ransom kidnappings, but Nigerians from wealthy families have increasingly become their targets in recent years.

The respected Okonjo-Iweala was earlier this year a candidate to head the World Bank, where she previously worked as a managing director.

The job eventually went to Korean-American physician Jim Yong Kim though the Nigerian minister was viewed as a strong candidate to break the U.S. lock on the post.

Her father is a traditional ruler in Nigeria, Africa's most populous nation with some 160 million people.

Nigeria has been hit by waves of violence in various parts of the country. The main source of insecurity has been an insurgency by Islamist extremist group Boko Haram in the country's northern and central regions.

A 2009 amnesty deal in the Niger Delta led to a sharp drop in unrest in the region, but criminality remains widespread.