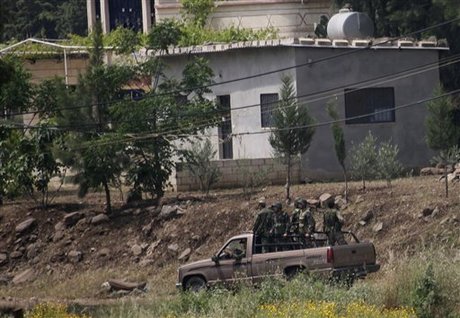 Russia said Tuesday that two of its nationals along with an Italian steel worker had been abducted in Syria on a motorway from the port city of Tartus.

"By all appearances, they are Russians," Russian news agencies quoted Foreign Minister Sergei Lavrov as saying on a visit to the Central Asia state of Uzbekistan.

He added that Russia was undertaking "all the necessary steps both in Syria and other countries" to win the men's release.

Russia's embassy in Damascus had earlier confirmed that two of the country's workers had been abducted together with a man identified by the Italian media as Mario Belluomo.

"Two Russians and an Italian were kidnapped on the road linking Tartus to Homs," the spokesman of the Russian embassy in Damascus Sergei Markov told state television.

Neither the two Russians' identity nor the circumstances of the abduction were released.

The Russian embassy noted however that all three men worked for a privately-owned Syrian factory in Tartus, Interfax reported.

It was not immediately clear when the abduction occurred.

Russia remains one of Syrian regime's last major ally and has shielded President Bashar Assad from U.N. sanctions aimed at punishing him for his use of heavy force against his armed resistance.

Let's hope they won't kill them... But it's always good to have some leverage on Russia. Not that Nasrallah cares about his 11 pilgrims in Syria...

Good afternoon FT. How are you today? Where is your imaginary friend Rouhl3ab?

Keep the Russians and let the Italian go...

Chris Rock said it best...there are two types of people that are worthless to a terrorist: there are niggaz, and there are Russians.