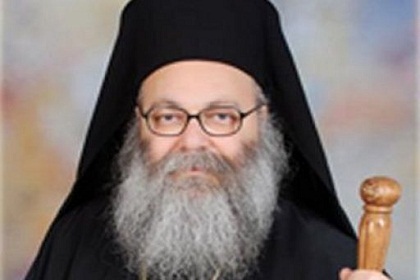 Syria's Greek Orthodox leader called on Christians on Saturday to remain in the country despite its spiraling conflict, which the U.N. recently described as "overtly sectarian."

Patriarch of Antioch and All the East Youhanna X al-Yaziji also appealed to warring parties to renounce violence and to start a process of dialogue.

In his first press conference in Damascus since he replaced Ignatius IV Hazim, who died on December 5, the new patriarch said: "We Christians are here in the country and we will stay here.

"We believe that Christ is always present in this region, which is where Christianity was born."

The patriarch spoke to reporters two days after a U.N. probe found that the Syrian conflict has become "overtly sectarian in nature."

The patriarch sought to downplay dangers faced by Christians.

"What is happening to us is happening to others too. We are in the same situation as everyone else, Muslims and Christians, shoulder to shoulder, facing the difficulties," said Yuhanna X.

The patriarch also called on warring parties to renounce violence "in all its forms," and to start a process of dialogue, "for our benefit, for the country, for the sake of peace (in Syria) and peace in the region."

"Dialogue," he said, should be "based on accepting one another."

There are some 1.8 million Christians in Syria, many of whom have remained neutral in the country's conflict. Others have taken Assad's side, for fear of the rise of Islamism.

Youhanna it is not u who will decide this unfortunately ..

The patriarch is living in LaLaLand... Has he not seen what is happening next door in Egypt and in every islamic country?

What is sad in the story of Christian persecution in muslim lands is the flock listens to the Patriarch whom they believe is a learned individual. Sadly, it is not always the case.