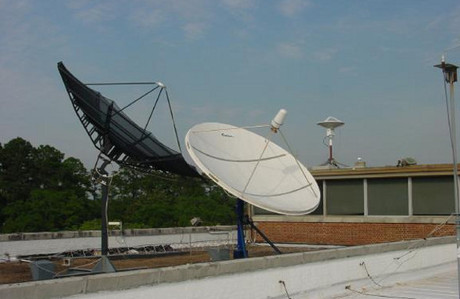 Spanish satellite operator Hispasat has dropped broadcasts by two of Iranian state broadcaster IRIB's channels because of EU sanctions against its chief, the Mehr news agency reported on Saturday.

The English- and Spanish-language channels Press TV and Hispan TV were no longer available via Hispasat from Friday because of the sanctions against IRIB head Ezzatollah Zarghami, Mehr said.

"Iran will take the necessary legal measures to confront this new wave of attacks by the Americans and Europeans targeting its media," IRIB's official responsible for international affairs, Mohammed Sarafraz, said on its website.

Press TV and Hispan TV issued a joint news release denouncing what they called a "flagrant violation of freedom of speech" and "attempt to silence the truth-telling media."

The channels said they had "not received any notice on the violation of the law or the decision to take it off the air," adding that the Spanish government gave no legal reason for the move.

They said it was worth recalling that "Hispasat is partly owned by Paris-based Eutelsat SA satellite provider that removed Iranian channels off the air in October."

Eutelsat and Britain's Arqiva stopped broadcasting Iranian state television channels in October in a move slammed by Tehran as "without legal justification."

On October 15, EU foreign ministers agreed a slew of tough new financial and trade sanctions on Iran aimed at forcing it to return to stalled talks on its contested nuclear program.

The EU, the United States and Israel suspect Iran is seeking to acquire an atomic weapons capability through its controversial program of uranium enrichment.

Tehran denies this, saying its nuclear ambitions are entirely peaceful and energy-related.

Michael Mann, spokesman for EU foreign policy chief Catherine Ashton, denied on Saturday that the 27-member body was responsible for the Hispasat decision.

"The EU's restrictive measures against Iran, which focus on finance, energy, trade and transport, do not contain elements which could have forced as such Eutelsat or Hispasat to take this step," he told AFP.

Slowly but surely, the noose is being tightened.