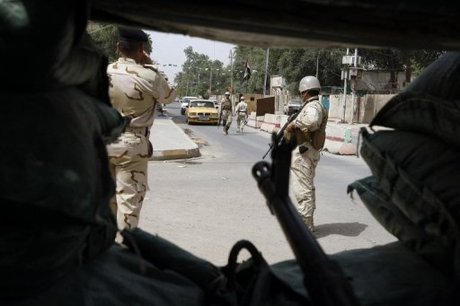 A bomb blast in an under-construction house in the town of Mishahada, north of Baghdad, killed the workers and wounded another, a police captain and a doctor said.

A roadside bomb attack against an army patrol wounded three soldiers in the town of Khanaqin, northeast of Baghdad, while a member of the peshmerga forces was killed when a second bomb exploded as he and his team arrived at the scene of the first bombing.

Two other peshmerga were also wounded in the second Khanaqin blast, an army officer and a doctor said.

Violence in Iraq is down from its peak in 2006 and 2007, but attacks still occur almost every day.