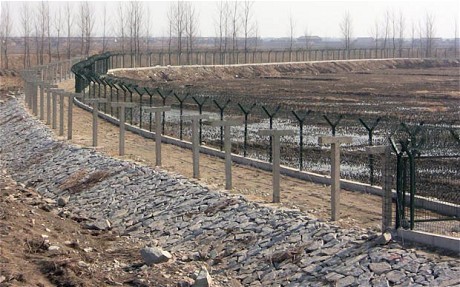 North Korea on Monday slammed a display of Christmas lights staged by a South Korean church group near the tense border as an "unacceptable provocation".

The giant display -- featuring thousands of glittering bulbs on a tree-shaped steel tower -- was put up Saturday on a military-controlled hill at Gimpo west of Seoul.

The lights, which can be seen several kilometers away in the impoverished North which suffers chronic power shortages, will remain switched on until early January.

The display is "an undisguised challenge to us and an unacceptable provocation", the North's official Korean Central News Agency said.

It warned that staging "psychological warfare" along the border would be a "rash act" that could ignite war on the peninsula.

Before the South's "Sunshine Policy" of engagement with North Korea was launched in 1998, the seasonal lighting displays were common.

Pyongyang repeatedly condemned them as "psychological warfare" by its capitalist neighbor aimed at spreading Christianity in the isolated communist state.

In 2004 the two Koreas agreed to halt official-level cross-border propaganda and the South stopped the Christmas border illuminations.

They were resumed in 2010 after North Korea shelled a front-line South Korean island, but were suspended last year in a conciliatory gesture following the death of North Korean leader Kim Jong-Il.

This year's illuminations have provoked fear among some local residents who staged a protest amid concerns about potential retaliation from the North.

Cross-border tensions have been high since the nuclear-armed North this month staged a long-range rocket launch widely condemned as a disguised ballistic missile test by the international community.