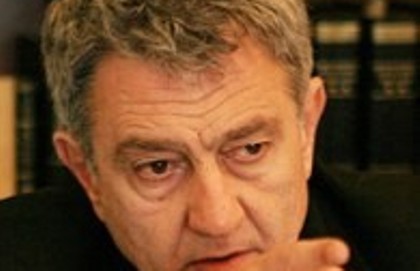 The Lebanese lawyer of Zine El Abidine Ben Ali on Monday blasted as "illegal" the auction of the deposed Tunisian dictator's assets and threatened to take the case to the U.N. Human Rights Council.

"The Tunisian authorities have committed an illegal act and we will take this matter to the United Nations Human Rights Council," Akram Azouri told AFP.

"It is a denial by the Tunisian government... (of) the international commitments of Tunisia," he added.

The lawyer said 90 percent of the items up for sale did not belong to Ben Ali or his wife, with the those that did being acquired "legally and legitimately during a quarter of a century in power."

Azouri accused the Islamist-led government of "deforming reality" and "falsifying the facts."

His comments came after the opening on Sunday of an auction, in the chic resort of Gammarth, of luxury items belonging to the former president and 114 of his relatives, from which the cash-strapped government hopes to raise millions of euros (dollars).

Among the items on show are the Ben Ali clan's collection of luxury cars, featuring a Bentley Continental and a Maybach 62, as well as clothing and jewelery acquired by the dictator's notoriously extravagant wife Leila Trabelsi.

Those attending the opening included the agents of rich Gulf collectors, as well as ordinary Tunisians curious to see how the president squandered state funds, and how his family benefited from rampant corruption in the country.

Ben Ali fled to Saudi Arabia in January 2011 after 23 years in power, following a mass uprising that swept Tunisia and touched off the Arab Spring.