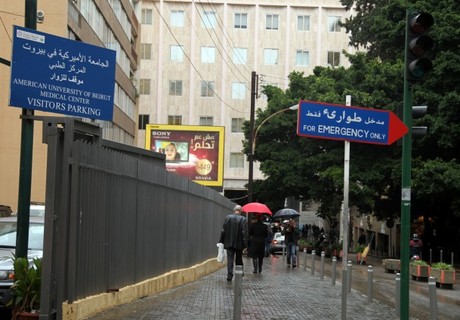 Syrian Interior Minister Mohammed al-Shaar on Wednesday left for Damascus via the Beirut Rafik Hariri International Airport aboard a private jet, after spending one week at the American University of Beirut Medical Center for treatment of wounds he sustained in a suicide bomb attack on the interior ministry, Lebanon's National News Agency reported.

It was not clear if Shaar's treatment was completed or if he left because of political pressure.

Shaar was wounded in a deadly attack on December 12 on the Syrian interior ministry in Damascus. The attack was claimed the next day by the jihadist al-Nusra Front.

"His condition is stable and he was able to talk to the people who received him at the airport," a Lebanese minister told Agence France Presse last Wednesday.

According to a security source, Shaar was lightly wounded on the shoulder when his office ceiling collapsed.

A Lebanese lawyer said he filed a lawsuit on Monday against Shaar, accusing him of having ordered hundreds of killings in the northern city of Tripoli in 1986.

Shortly after he arrived in Beirut for treatment last week, anti-Syrian politicians, including legislators Jamal al-Jarrah and Mohammed Kabbara, called for Shaar's arrest.

The case filed by lawyer Tareq Shandab accuses Shaar, who in 1986 was in charge of security in Tripoli, of "genocide, ethnic cleansing, political assassination and the killing of religious officials and children in Bab al-Tabbaneh, Tripoli, in 1986."

It alleges that Shaar and his aides along with "criminal" Lebanese accomplices on December 19, 1986 "killed and slaughtered more than 600 people from the Tabbaneh district."

Unbelievable. Why didn't they arrest him?
This government has no spine. All talk, no action.

omg the level of jarabness has no limit
the article states the charges
a lawyer did file a complaint
chou khass Saudi officials or the Bush family???

Not because of the lawyer. Because he was responsible for killing Lebanese people.
We, Lebanese have given carte Blanche to Syrians for many years & we let them get away with murder after murder. It's enough.
Arresting him would have been a warning & a lesson to others.

How about genocide? The ICC would have a good time listening to his reasonings.

The criminal Hezz gov't let him go. He killed Lebanese and was a criminal, but as long as they weren't Shia that he killed they got him out. Maybe Bassil let him use his private jet paid for by the poor of Lebanon.

It doesn't matter what you think Mo-propaganda. Your master in Syria is going to fall....then your neighborhood will be next. Possibly by Israel, but I think the FSA will come and say hello. Then lets see you grow a pair.

We need to find out who supplied his personal security, and more importantly the private jet because he or she is an accomplice of a criminal. It cannot go unpunished.