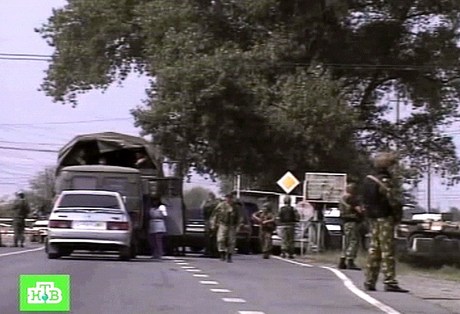 "He was killed by five shots at point-blank range," the report quoted the office of North Ossetian Mufti Khajimurat Gatsalov as saying.

The murder took place on the road to the regional capital Vladikavkaz, according to the committee of inquiry in the small republic bordering Chechnya.

North Ossetia has a history of ethnic strife between the majority mostly Orthodox Christian Ossetians and the Muslim Ingush minority.

The picturesque region was the scene of the notorious Beslan hostage-taking in September 2004, during which Chechen rebels held some 1,200 children, teachers and parents at a school for nearly three days.

The siege ended in a massive shoot-out with Russian forces that killed more than 330 people, more than half of them children.

North Ossetia's neighboring regions in the North Caucasus see near daily attacks that officials blame on militants seeking to establish an Islamic state across the region.