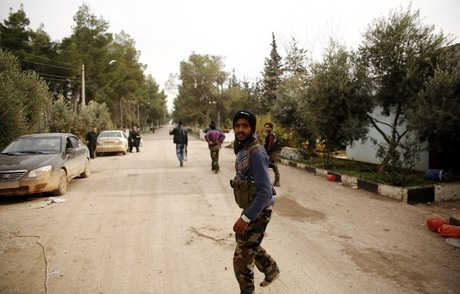 Two Syrian air force generals have defected from the regime of President Bashar Assad and joined opposition forces in Turkey, a diplomat said on Friday.

The generals, commanders of the Regional Air Force, have crossed the border and arrived in the town of Reylanli in southern Turkey, the Turkish diplomat told AFP on condition of anonymity.

The generals and dozens of lower-ranking officers and their families were taken to a separate camp where army defectors take refuge.

Turkish officials refuse to give an exact number of Syrian generals currently on Turkish soil as some are returning to Syria to join the active fighters inside the conflict-wracked country.

The latest defections come as Syrian rebel forces besiege Menagh air base northwest of Aleppo after months of clashes with loyalist troops.

Turkey is currently home to around 148,000 Syrian refugees registered in several camps along its volatile border, as well as the exiled Syrian opposition's political and military leadership.

Already on Wednesday, General Abdel Aziz Jassem al-Shallal, commander of the Syrian military police, crossed into Turkey via the Cilvegozu border crossing in the town of Reyhanli.

Turkey fell out with one-time ally Syria after the regime unleashed a deadly crackdown on protests in March last year, and has joined in Arab and Western calls for the ouster of President Bashar Assad.

Voting on the new Lebanese constitution begins this Saturday.