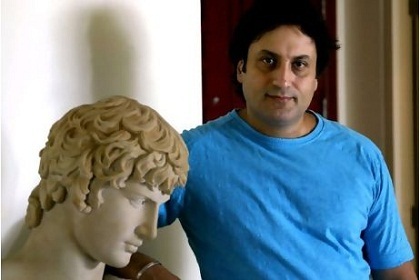 Fortuneteller Michel Hayek revealed that some Lebanese politicians have started to base their actions based on predictions he made for them, reported As Safir newspaper on Tuesday.

He told the daily: “Over 35 percent of politicians resort to fortunetelling.”

“The consultations are held in secret as some of the officials want to keep the issue private lest the media exploit the matter,” he explained.

“Our society still considers fortunetelling as a sign of weakness or backwardness,” Hayek said.

Hayek has been practicing fortunetelling for 25 years and he has forged relationships with politicians over these years, adding: “Predictions play an essential role in political life in Lebanon.”

It has become tradition in the past few years for Hayek to make a televised appearance each year to make predictions for the New Year.

As to the great lebanese people (l sha3b l lubnani l 3adeem), I am speechless!! It seems their arrogance and ignorance has topped the charts!! People who spend their New Year's Eve listening to dajjaleen like you do not deserve any better!

What a stupid nation

none of them saw the syrian crisis coming... lol !

Very true. I actually know of many. Anyone still wonders why are we still in this state?