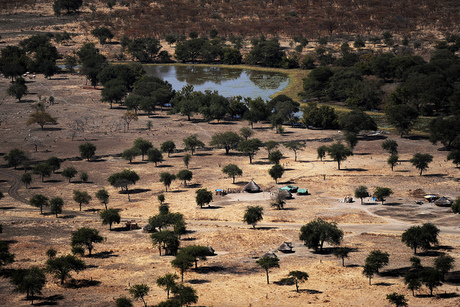 A torrent of water surged Tuesday into Sudan's Blue Nile river as President Omar al-Bashir inaugurated the expanded Roseires dam, which officials say should help develop one of the country's poorest, insurgent-hit regions.

When Bashir arrived to open the Arab-funded, Chinese-built expansion before thousands of dancing and flag-waving residents, an arc of water poured through the flag-draped dam, sending spray into the air and rapids bubbling.

Military helicopters flew low overhead and troops were stationed throughout the area, about 550 kilometers (340 miles) southeast of the capital Khartoum.

Rebels from the Sudan People's Liberation Movement-North (SPLM-N) -- which Sudan says are backed by South Sudan -- have been fighting the government in Blue Nile state for more than a year.

The main conflict zone is in Bau and Kurmuk districts, dozens of kilometers south of the expanded dam which opened on the 57th anniversary of Sudan's independence.

"The sons of Blue Nile are the ones who benefit most from this dam," Bashir said as a machine sprayed tinsel strips over the podium which looked out onto billboards featuring his likeness against a backdrop of the dam.

"It's going to benefit only those in power," he told AFP. "The investment of the government is not on people."

Residents near the 25-kilometer dam live in huts made of thatch and mud brick.

"Decades of civil war and years of conflict have devastated the physical and social infrastructure" in Blue Nile, the U.N. children's fund (UNICEF) said in a 2011 report on Sudan.

It said 64 percent of Blue Nile's rural population live below the poverty line, and the state's children are born at a severe disadvantage to most other Sudanese youngsters.

Since fighting began again last year 35,000 refugees from the state have fled to Ethiopia, while around 100,000 more have crossed into South Sudan, the United Nations says.

A December report from U.S.-based Human Rights Watch accused the government of indiscriminate bombing and shelling and said those displaced in the state "had limited access to food, water, and medicine and were surviving on wild fruits and plants."

But Industry Minister Abdulwahab Mohammed Osman told AFP on the sidelines of Tuesday's ceremony that the $460-million dam expansion will promote agricultural and industrial development to improve people's lives.

"This will let the government and the rebels get closer to reach an agreement," he said.

The 66-year-old dam is already a major power generator for a Sudan struggling with inflation and a sinking currency since South Sudan separated last year with most of the country's oil production, which was the north's primary source of export earnings.

He said millions of feddans (acres or hectares) of land will be irrigated or provided with additional water because of the project, which has doubled the dam's capacity to 7.4 billion cubic meters, allowing additional power generation.

The government sees agricultural development as one way way of boosting revenue after the loss of the oil.

But Mohammed Eljack Ahmed, a University of Khartoum economist, said a radical change in agricultural policy is needed after the breakup of the country's major integrated farm projects.

"It's not a matter of having more water," Ahmed said. "For a long time, about 20 years, these schemes have been completely destroyed."