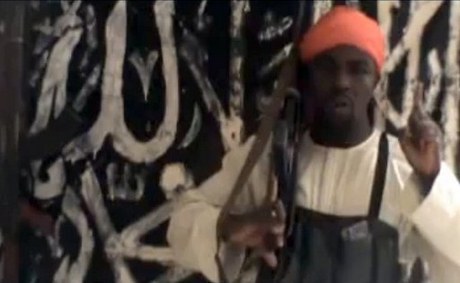 Nigerian soldiers have killed five gunmen believed to belong to the Islamist group Boko Haram while losing a soldier and a policeman during a gunbattle in the country's volatile northeast, the military said on Thursday.

Lt. Col. Sagir Musa, the military spokesman in Maiduguri, the hotbed of the Boko Haram's insurgency, said the gunmen had attacked the troops at Marte on Wednesday.

Marte is 100 kilometers from Maiduguri and is on the border with Cameroon.

"In the process, one soldier, one police personnel and five gunmen lost their lives during an exchange of fire," Musa said in a statement.

He said that arms and ammunition, including two AK 47 rifles, one locally made double barrel gun and three magazines loaded with 35 rounds of assorted ammunition, were recovered.

Although, no group has claimed responsibility for Wednesday's attack on the troops, the Islamist Boko Haram sect has previously targeted the military and government establishments as part of its violent campaign in Nigeria.

Nigerian troops have stepped up their crackdown on suspected Boko Haram members in recent months and violence linked to the group's insurgency is believed to have killed some 3,000 people in the country since 2009.