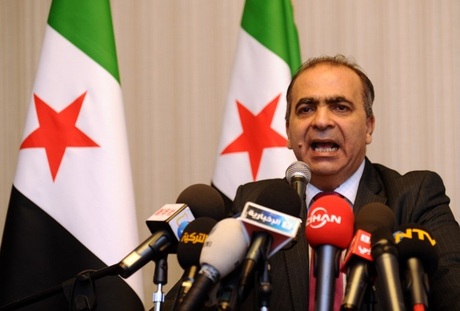 "We said at the founding of the National Coalition that we want a political solution, but ... there are now over 60,000 martyrs. The Syrians did not make all those sacrifices in order to bolster this tyrannical regime," he said.

Bunni said that the speech was directed primarily at the "international community, which engaged in a real effort to create a political solution that meets the aspirations of the Syrian people and ends the tyranny of the Assad family regime."

Assad will not accept "any initiative that does not restore stability to his regime and put him at the helm of control", Bunni said.

The president, he added, has "excluded the possibility of any dialogue with the rebels".

"He wants negotiating partners of his own choosing and will not accept any initiative that could meet the aspirations of the Syrian people or ultimately lead to his departure and the dismantling of his regime."

Assad's call to dialogue "excludes those who revolt" and is addressed to "those who did not rise up or who will gladly accept the return of stability despite all the sacrifices made by the Syrian people," Bunni said.

Assad in a rare speech denounced the opposition on Sunday as "slaves" of the West and called for national dialogue to draft a new charter and pave the way for legislative polls.

He said the conflict was not one between the government and the opposition but between the "nation and its enemies."

"Just because we have not found a partner, it does not mean we are not interested in a political solution, but that we did not find a partner," he told the audience.

The only reconciliation Assad wants, is all the FSA fighters and supporters joining the 60,000 already dead "terrorists", or in better language "martyrs".

Who ist that girl?