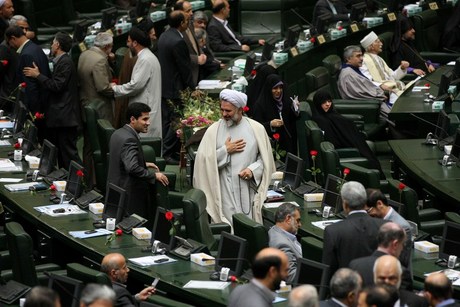 Iran's parliament on Sunday urged "judicial action" against police officers involved in the death in detention of a blogger last year, adding he may have died of "shock."

"The most likely cause of death could be shock, which, if proved, could have been caused by blows to sensitive parts of the body, or could have been due to excessive psychological pressure," media reported quoting a report read in the parliament.

It asked the judiciary to conduct "a special investigation" into the death of Sattar Beheshti, 35, who was found dead in his Tehran prison cell on November 3, following his arrest on 30 for criticizing the regime on the Internet.

The report's conclusion echoed findings of a preliminary judiciary inquiry into Beheshti's fate, which provoked an international outcry, with human rights watchdog Amnesty International saying he may have died under torture.

The probe was launched after U.N. experts and several Western countries condemned the incident and asked Tehran to investigate the death.

"Due to the necessity of observing human rights... it is essential that the culprits in the case are found and judicial action is taken" against them, the report said.

The death also led to the dismissal last month of the head of Iran's "cyber police" unit, launched in January 2011 to confront anti-regime conduct on the Internet. Beheshti was taken into custody by that unit.

According to the parliamentary report, seven police officers involved in the case were detained and three are still in custody.

It said in probing the conduct of cyber police, it was found that the treatment of Beheshti in custody was unlawful and contrary to Islamic sharia law.

The parliament also suggested that all detention centers be equipped with closed-circuit cameras "to prevent the recurrence of unrestrained actions" by officers.