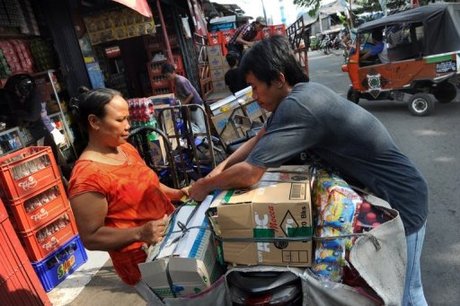 "An investigation revealed that tourism spots in the town of Bima (on Sumbawa) and Tana Toraja in south Sulawesi were targets," said national police spokesman Boy Rafli Amar.

Tana Toraja, whose population is mainly Christian, is one of Sulawesi's most popular tourist destinations.

"We're lucky we managed to prevent the attacks from happening," he said, adding that a Bima hotel, places of worship and police offices were also targets.

Police have said the men were connected to a militant training camp and had been involved in killings of police in Sulawesi's Poso district, a known hotbed of militant activity.

In two raids on militant camps in Sumbawa on Saturday, police seized five pipe-bombs and materials to make explosive devices, such as nitrate urea powder, scores of nails and batteries.

They also shot dead five men from the group led by the country's most-wanted terror suspect Santoso, who has allegedly trained young militants to launch attacks on security forces.

Two suspects were shot dead at a university mosque Friday in southern Sulawesi.

Police have strengthened security in Poso since late last year after two police officers investigating a camp were found with their throats slit. Several small bomb plots were subsequently foiled.

Indonesia was rocked by a series of deadly terror attacks targeted at Westerners during the last decade. Most -- including the 2002 Bali bombings that killed 202 people -- were blamed on the al-Qaida-linked group Jemaah Islamiyah.

A crackdown on terrorism has weakened key militant groups and only low-impact attacks have been carried out in recent years by networks targeting law enforcement officers.