India to Respond to 'Ghastly' Attack on Troops 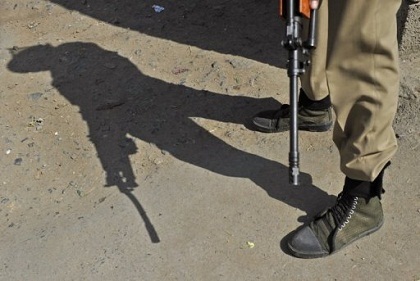 India accused Pakistan of killing two of its soldiers in a "ghastly" attack Tuesday and mutilating one of the bodies along the tense disputed border between the nuclear-armed neighbors.

Foreign Minister Salman Khurshid said India would deliver a "proportionate response" to the killings in Kashmir which he said were designed to sabotage an already fragile peace process.

The Pakistani military meanwhile rejected what it called Indian "propaganda" that it said was aimed at diverting attention after a cross-border exchange at the weekend in which a Pakistani soldier was killed.

The two Indian soldiers died after a firefight broke out around noon as a patrol moving in foggy conditions discovered Pakistani troops about half a kilometer (1,600 feet) inside Indian territory, an army spokesman said.

A ceasefire has been in place along the Line of Control that divides the countries since 2003, but it is periodically violated by both sides.

"There was a firefight with Pakistani troops," army spokesman Rajesh Kalia told AFP from the mountainous Himalayan region, confirming the names of the men as sergeants Hemraj Singh and Sudhakar Singh.

"We lost two soldiers and one of them has been badly mutilated," he added, declining to give more details on the injuries.

Indian reports and a military source speaking to AFP indicated that the mutilated soldier may have been decapitated, but further investigations and a post-mortum were required to confirm this.

Speaking on Indian television, Khurshid described the killings as "inhuman" and "not the way civilized people deal with each other".

"We need to do something about this and we will, but it has to be done after careful consideration of all the details in consultation with the defense ministry," Khurshid told the NDTV news channel.

"It is absolutely unacceptable, ghastly, and really, really terrible and extremely short-sighted by their part," he added, promising that the response would be "proportionate".

"This seems like a clear attempt to derail the dialogue," he added. "We have to find ways in which the dialogue is not sabotaged or destroyed."

Relations between the neighbors had been slowly improving over the last few years following a rupture in their slow-moving peace process after the 2008 attacks on Mumbai, which were blamed by India on Pakistan-based militants.

In Islamabad, a Pakistan military spokesman denied what he called an "Indian allegation of unprovoked firing", calling the Indian account "propaganda to divert the attention of the world from Sunday's raid on a Pakistani post".

Pakistan's army says Indian troops crossed the Line of Control on Sunday and stormed a military post in an attack that left one Pakistani soldier dead and another injured.

It lodged a formal protest with India on Monday.

The deaths deal a serious blow to efforts to ease tension in South Asia and improve diplomatic relations. Steps such as opening up trade and offering more lenient visa regimes have been a feature of recent high-level talks.

Muslim-majority Kashmir is a Himalayan region that India and Pakistan both claim in full but rule in part. It was the cause of two of three wars between the neighbors since independence from Britain in 1947.

The last major escalation in Kashmir occurred in 1999 in fighting that claimed the lives of more than 1,000 combatants on both sides after India accused Pakistani militants and troops of occupying strategic Indian peaks.

The disputed death of Indian soldier Saurabh Kalia, who was allegedly tortured after being captured during the Kargil fighting, remains an emotive issue in India 14 years after the clash.

The last major mobilization of Indian troops to its border with Pakistan took place in 2001 after an attack on the national parliament in New Delhi by five Islamic militants.