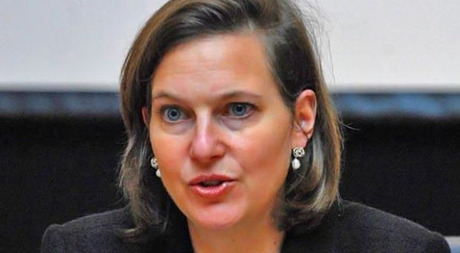 The United States Tuesday wished Venezuelan President Hugo Chavez a speedy recovery as he battles cancer in a hospital in Cuba, just two days before he is due to be sworn in for a new term.

"Obviously we are, as we would be for anybody suffering what he is suffering, concerned for his health, and wishing a speedy recovery," State Department spokeswoman Victoria Nuland said.

Venezuela's top opposition leader Henrique Capriles on Tuesday urged the Supreme Court to rule on whether Chavez's re-inauguration planned for Thursday can be postponed, as his government has argued.

Chavez, a staunch leftist and foe of the United States, is scheduled to take the oath of office on Thursday following his October re-election.

But he is recovering from cancer surgery in Havana, his fourth operation in 18 months, and it is not clear whether he will make it to the ceremony in Caracas.

"This is an issue for Venezuelans to decide and they need to do it in a manner that includes all the voices in the discussion," Nuland told journalists.

She insisted it should be "a broad-based discussion, and it needs to be decided in a manner that is free, fair, transparent, is seen as ensuring a level playing field in Venezuela."

Washington also renewed its calls for all Venezuelans to be involved in resolving the country's political crisis, Nuland said, urging that the discussion be peaceful as "there needs to be no resort to violence."

The government says the swearing-in is a mere formality that can be delayed, but the opposition says the constitution must be respected.

Another key opposition leader has called for street protests if the government pushes past Thursday without a swearing-in, raising the risks of confrontation in the country with the world's largest proven oil reserves.

Nuland said the United States was monitoring the situation, but as yet has not issued any warnings about possible unrest in Caracas on Thursday.

now that they wish him a speedy recovery, he will want to do the opposite