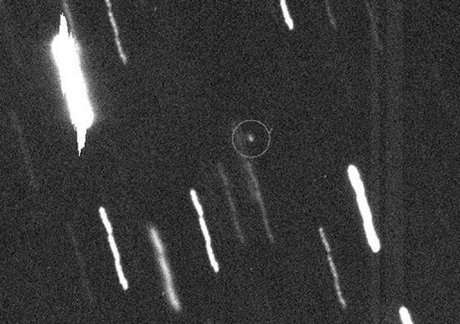 A space rock popularly dubbed the "doomsday asteroid" because of fears it could smash into Earth a couple of decades from now poses no risk, NASA said after new observations of the object.

Asteroid 99942 Apophis was scanned by optical telescopes and deep-space radars as it made a flyby this week, the National Aeronautics and Space Administration (NASA) said in a press release.

Named after the god of evil and darkness in Egyptian mythology, Apophis sparked a scare when it was first detected in 2004.

Early calculations suggested a 2.7-percent probability of collision in 2029, the highest ever for a detected asteroid, but this risk was soon discarded after further observations.

The new observations show that even this remote probability can be excluded, NASA's Jet Propulsion Laboratory (JPL) said in the statement Thursday.

"With the new data... we have effectively ruled out the possibility of an Earth impact by Apophis in 2036," said Don Yeomans, in charge of the JPL's Near-Earth Object Program.

"The impact odds as they stand now are less than one in a million, which makes us comfortable saying we can effectively rule out an Earth impact in 2036. Our interest in asteroid Apophis will essentially be for its scientific interest for the foreseeable future."

The 2036 flyby will be the closest of an asteroid of this size, for Apophis will come within 31,300 kilometers (19,400 miles), meaning that it will zip within the ring of geostationary orbits.

Images of Apophis captured this week by the European Space Agency's Herschel telescope found it measured around 325m (1,056 feet) across, about a fifth bigger than previously thought.