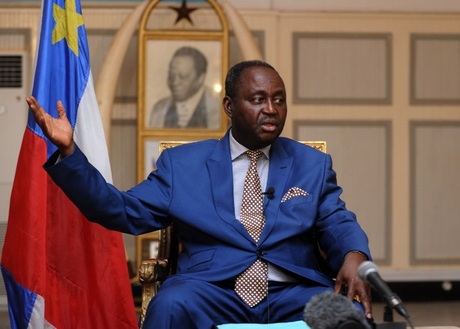 Central African President Francois Bozize on Saturday sacked his prime minister to comply with the terms of a ceasefire deal reached with a rebel coalition during peace talks in Libreville.

Faustin Archange Touadera was dismissed as prime minister in a decree read out on public radio and should be replaced by a member of the opposition.

Opposition sources have touted a possible candidate to replace Touadera as lawyer Nicolas Tiangaye, who led the opposition's delegation to the Libreville talks. But another opposition lawyer, Henri Pouzere, was also in the running.

The appointment marks the first political step towards resolving a conflict which began on December 10 when Seleka rebels launched an armed offensive, sweeping from the lawless north of the Central African Republic southwards before stopping short of the impoverished nation's capital Bangui.

Three days of tough negotiations mediated by the Economic Community of Central African States (ECCAS) -- whose base is the Gabonese capital Libreville -- on Friday produced an accord signed by the rebels, the ruling group and the democratic opposition.

As well as calling for an immediate ceasefire, the accord establishes a one-year transition period before general elections are held.

Under the plan, Bozize -- who has led the country for nearly a decade after taking power in a coup in 2003 and was subsequently elected twice -- will serve out his mandate, which ends in 2016.

In Bangui Saturday residents welcomed the accord bringing peace back to the Central African Republic which has been notoriously unstable since its independence from France in 1960.

"We are happy. It means that we will have peace and that is what we want," said Marina Modere, a hairdresser in the capital.

The government also said the curfew in the city has been pushed back four hours and will start at 11:00 pm local time to 5:00 am.

Friday's agreement also calls for the withdrawal of "all foreign military forces" from the country except for those of FOMAC, a force put in place in 2002 in the chronically unstable country by the ECCAS.

It meets a specific demand from rebels who wanted South African troop reinforcements sent into the country in the last few days to leave.

Rebels accuse Bozize of failing to uphold earlier peace deals and had called for him to face war crimes charges at the International Criminal Court based on reports produced by Amnesty International that lay the blame for kidnappings, summary executions and detentions squarely with Bozize.

Up to 500 soldiers from Gabon, Democratic Republic of Congo, Chad and Cameroon were sent after troubles in 2008. These troops have begun to pull out of the country.

Nearly 600 French troops are stationed in Bangui, officially to ensure the safety of the estimated 1,200 French nationals in the country.