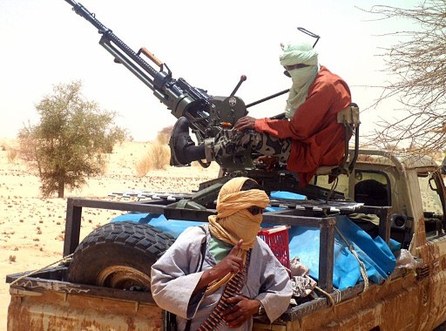 An emergency summit of leaders from west African bloc ECOWAS will meet in Abidjan on January 19, Ivorian Minister for African Integration Ally Coulibaly said Sunday, as the region readies troops to assist Mali in its fight against Islamists.

It was announced earlier in the day that the summit would take place on Wednesday. No reason was given for the postponement.

"It's an extraordinary summit," Sunny Ugoh, spokesman for the 15-nation Economic Community of West African States, said Sunday. "This one is just dedicated to Mali."

Chiefs of defense staff from the region were also set to meet in the coming days, but Ugoh did not yet have precise details.

The first troops promised by African nations were expected in Mali on Sunday to join local forces who, backed by French air support, have driven back an advance by Islamist fighters.

The U.N. Security Council has approved an African force of 3,300 soldiers to help Mali take back its north.

The Islamists' advance has intensified fears over whether the country could become a safe haven for al-Qaida-linked extremists who could pose a threat to the region as well as Europe and beyond.

Some west African military personnel are already in Mali, including a technical team from the Nigerian air force as well as the commander of the planned African force, Nigerian Major General Shehu Usman Abdulkadir.

Abdulkadir had previously been Nigeria's chief of army standards and evaluation.

Nigeria, which has the largest military among ECOWAS members, is planning to send 600 troops as part of the force, said army spokesman Brigadier General Bola Koleoso. That figure was the largest commitment made to the force so far.

Koleoso however could not say when the troops would be deployed.

On Sunday Benin pledged roughly 300 troops while Togo said it would send 500. A day earlier, Burkina Faso, Niger and Senegal each pledged 500 soldiers for the force.

Ugoh said the aim was to assist some 5,000 Malian troops in taking back the north of the country. Asked whether there would be continued air support from France or some type of help from the United States, he said the bloc has always said it would need logistical assistance.

"The terrorism side of it, that should of course concern everybody," Ugoh said, also mentioning criminal gangs operating in the area, posing problems for other countries in the region.

"The end goal is to take back the north and then flush out those elements," he said. "It's not just about Mali. It's also about us -- the region and the international community."

While the U.N. Security Council has approved the African force, it had not been expected to deploy before September. Plans were rapidly being pushed forward after the Islamists sought to advance further south.

"If there is a fire in your neighborhood, you don't necessarily have to activate a fire control plan," Ugoh said. "You respond to it based on what your instincts are."