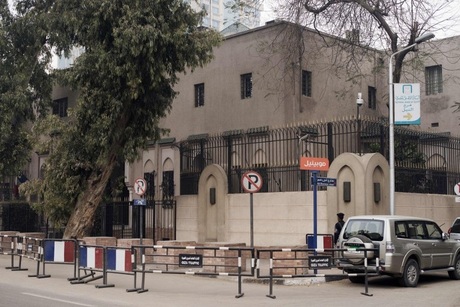 The brother of al-Qaida chief Ayman al-Zawahiri joined dozens of Egyptian Islamists in a protest Friday near the French embassy in Cairo against French intervention in Mali.

Mohammed al-Zawahiri took part in the demonstration during which protesters accused Paris of being "at war against Islam".

Some protesters held up signs reading "Stop the war in Mali" while others chanted slogans against French President Francois Hollande: "Horrible Hollande. The blood of Muslims is not cheap."

Riot police deployed around the embassy and kept the protesters at bay.

French forces are engaged in battles alongside the Malian army to stop the advances of Islamist rebels who have controlled northern Mali since April and have since pushed south into government-held territory.