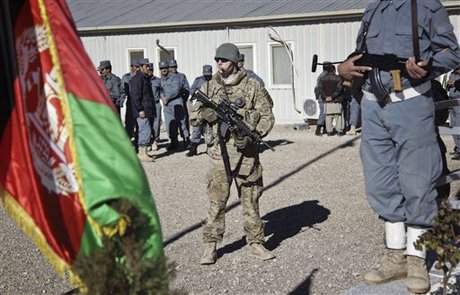 A suicide bomber and his accomplice were killed Saturday when their device went off in a botched attack on a district government headquarters in western Afghanistan, officials said.

The two attackers were riding a motorbike when they were blown up, but there were no other fatalities in the attack on Guzara district headquarters in Herat province, the district governor Nesar Ahmad Popal told AFP.

"It killed no one but the attacker and the helper," he said.

No group has yet claimed the responsibility for the incident but suicide bombings are among the tactics used by Taliban insurgents, who are leading an eleven years insurgency against the U.S.-backed government of President Hamid Karzai.

The bombing came days after the Taliban militants stormed the Afghan spy HQ in Kabul, leaving one dead and 17 others -- mostly civilians -- wounded.