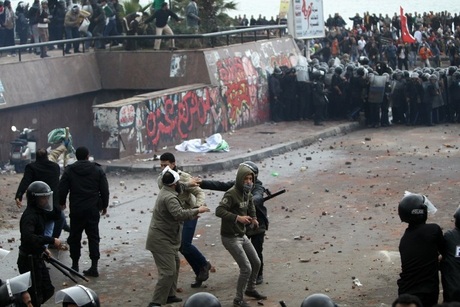 Four people were killed overnight Sunday in a northern Cairo district as clashes erupted after a police officer accidentally killed a man while chasing a drug dealer, official sources said.

The clashes broke out outside a police station in the Shubra el-Kheima district when relatives and neighbors of the dead man gathered and then attacked the police with guns and Molotov cocktails, a security source said.

Three of the attackers were killed in clashes, taking to four the total number of people dead, according to a ministry of health report, which added that 12 others were also wounded, including two policemen and a soldier.

Clashes between police and people have increased in Egypt since the uprising that toppled former president Hosni Mubarak in early 2011.

The army has been called in frequently to restore law and order given that the police has been widely discredited during security operations.