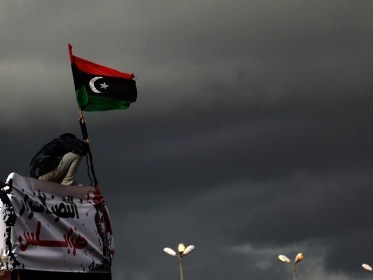 France on Friday joined Britain, other European states and Australia in pulling its nationals out of Benghazi because of a terrorist threat that the Libyan government has played down.

Having insisted Thursday there was no "no new intelligence" to justify the Europeans' concerns, Libya said Friday it had not been informed of their plans to pull citizens out of the country's second city and was seeking clarification from Britain.

France, whose military action in Mali is said to have provoked the threat, confirmed Friday that it had followed the lead from Britain.

"The information we had on the threats was sufficiently reliable to justify telling our nationals to leave the region," said Foreign Ministry spokesman Philippe Lalliot.

France has only around 40 citizens in Benghazi out of 250-300 in Libya as a whole. In an updated travel advisory, the foreign ministry said French nationals should avoid eastern Libya altogether.

Australia's department of foreign affairs had earlier issued a statement saying: "We are aware of a specific, imminent threat to Westerners in Benghazi. All Australians in Benghazi should leave immediately.

"There is a risk of retaliatory attacks against Western targets in Libya following the French intervention in the conflict in Mali in January 2013."

Benghazi was the cradle of the uprising that ousted strongman Moammar Gadhafi in 2011 and also the city where a U.S. ambassador was killed in an attack last September.

Germany and the Netherlands followed Britain in telling their citizens to get out of Libya, prompting an astonished response from the north African country's deputy interior minister, Abdullah Massoud.

"If Britain was afraid of threats to its citizens, it could have pulled them out quietly without causing all the commotion and excitement," Massud said Friday, according to the Lana news agency.

The Libyans have acknowledged that there are security problems in Benghazi but insist there is no new intelligence to justify the current alarm.

Since its pivotal role as the springboard for the uprising, Benghazi has emerged as a hub for jihadist groups.

U.S. Ambassador Chris Stevens and three other Americans were killed in September when dozens of heavily armed al-Qaida-linked militants overran the compound and a nearby CIA-run annex.

Britain closed its mission in Benghazi around the same time and there were thought to be only a handful of Britons in the city when Thursday's warning was issued.

Earlier this month the Italian consul in Benghazi was shot at in his car, although he escaped unhurt.

Last week's attack on the BP-run In Amenas gas plant in Algeria, in which at least 37 foreign hostages and one Algerian hostage were killed, has sparked fresh concerns about Islamist extremism across north Africa.

Libyan Prime Minister Ali Zeidan has denied reports that the hostage-takers entered Algeria from Libya and used weapons left over from Gadhafi's arsenal.