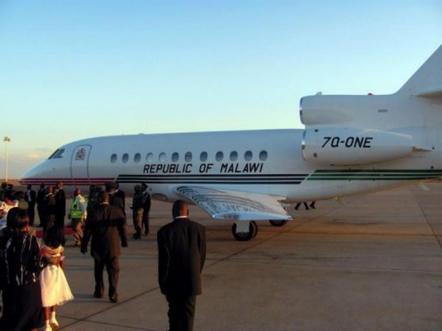 Cash-strapped Malawi on Monday announced that it will be inviting bids for President Joyce Banda's jet, as it tries to raise much-needed revenue.

"The Malawi government has decided that the jet should be disposed of 'on as-is basis' to an interested individual or firm," the president's office said in a tender notice.

The Dassault Falcon 900EX, built in 1998 and which seats 14 passengers, was in "perfect flying condition", according to the notice.

At the time Mutharika said it was "cheap to run", despite his country depending on aid inflows for almost half its budget.

Banda vowed to sell the plane as a cost-saving measure when she succeeded Mutharika after his death last April.