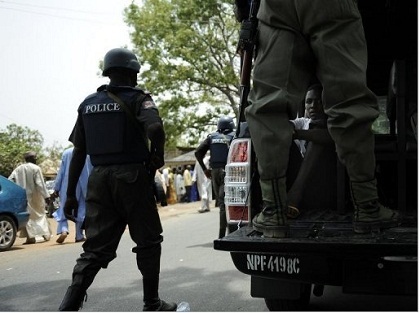 Attackers killed eight people in a village in northern Nigeria's embattled Borno state, with at least some of the victims' throats slit, officials and residents said Monday.

The military spokesman in the area, Lt. Col. Sagir Musa, confirmed that an attack had occurred Sunday in the village of Gajiganna, but declined to comment on the manner in which people were killed, saying only that "lives were lost."

Gajiganna is roughly 50 kilometers (30 miles) from the state capital of Maiduguri, the base of Islamist extremist group Boko Haram, but it was not clear who was responsible for the latest violence.

"They were silent attacks and nobody knew what was happening until the morning when news began to filter from different neighborhoods," said resident Brah Chindo.

"It is still not clear who carried out the attack because the attackers moved silently into these homes," said a local official, who asked that his name be withheld.

A local government employee in the area said he was told that "some of the victims were shot dead in their houses while others were dragged out of their houses by the gunmen, after which they slit their throats."

He added that "eight people were killed altogether."

In a text message, military spokesman Musa said the death toll "is yet to be ascertained".

Boko Haram, which has said it is fighting to create an Islamic state in northern Nigeria, has claimed scores of attacks in Borno state, but criminal groups are also thought to have carried out violence under the guise of the Islamists.

A number of recent attacks in Nigeria's northeast have seen attackers slit the throats of the victims.

In October, at least 40 students were killed in a massacre at a university housing area in neighboring Adamawa state, an attack where many of the victims reportedly had their throats slit.

Boko Haram did not claim the student massacre, but many blamed the Islamist group, whose insurgency has left some 3,000 people dead since 2009, including killings by the security forces.