Harb Hails Judiciary after Man Charged in Attempt on his Life 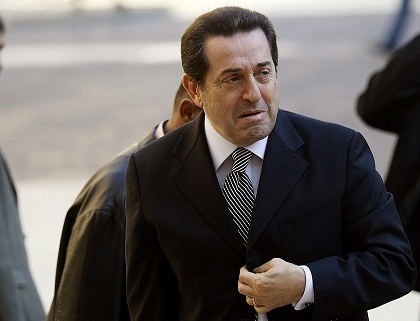 Batroun MP Butros Harb lauded on Saturday State commissioner to the military court Judge Saqr Saqr for “taking the bold decision” to charge Mahmoud Hayek with the attempt on his life.

Saqr “took a courageous decision given the pressure ... exerted by Hizbullah on the judiciary by striking deals at the expense of justice and the investigation,” Harb told al-Joumhouria newspaper.

He expressed regret however that some judicial and political officials had tried to strike a deal with Hizbullah.

Harb hoped that “the course of justice would not be subdued by political deals.”

Saqr charged on Monday Hayek, a Hizbullah member, with the assassination attempt on Harb in July 2012 and with carrying out acts of terror.

If convicted the suspect, who still remains at large, could be sentenced to death.

The March 14 opposition lawmaker escaped the assassination bid after residents of a building in which his office is located in the Beirut district of Badaro discovered individuals trying to booby-trap the elevator.

In his remarks to al-Joumhouria, Harb thanked President Michel Suleiman for asking the general prosecutor to make speedy decisions on the attempt on his life.

no problem as long as things are called by what they are.

There hasn't been a single security event , political assassination attempt where it wasn't a Hizbollah member involved! Even when two Hizbollah terrorists were supposedly ' playing ' with a hand grenade in Antelias and the explosive went off acccidentally (according to the interior minister ! ).In fact it was another terrorist plot. All this is masterminded and paid by the basij. The most surpirsing thing is that the Hizb, and his partners oin crime have changed tactics ever since they have stage their famous smokeless coup against the state and ssat in power.

No more need for the barking dogs, such as Jamil El Sayyed or Wi'am Wahhab. Where are they by the way? Where is the false witness file they were barking about every single day with the orangina dwarfs!
The charging of yet another Hizbollah member in Harb's vase, would have taken a different turn if M8 was still the opposition. Now they know how to conceal every evidence (for instance with Sehanoui at the helm of the telecomm ministry ), obstruct every attempt to investigate a criminal case they are behind, etc... Let's sit at the dialogue table!! LOL.

Where are all the M8 lackies claiming Israeli consperacies and acting as victims of the evil media? Ashraf el Nass are nothing more than a bunch of mass murderers.

The guy is already dead for his failure to execute his task. This is how the mafia/shabiha operate. (i.e. Ghazi Ken3an, Mughnieh)

How about Smaha? can we also make a his decision regarding his case especially that the highest ISF man died due to his case.

Since Saqr is going to be assassinated next, if I were him I would make a decision on all the key cases right away before he gets it. This way we can say Allah yerhemo he was a hero.

Civil Wars coming to Lebanon, just a matter of time. it will most likely start in the bekaa valley where Syrian refugees have been massing. HA monopoly over Lebanon is coming to an end. The alternative will not be a democracy but rather Islands of influence